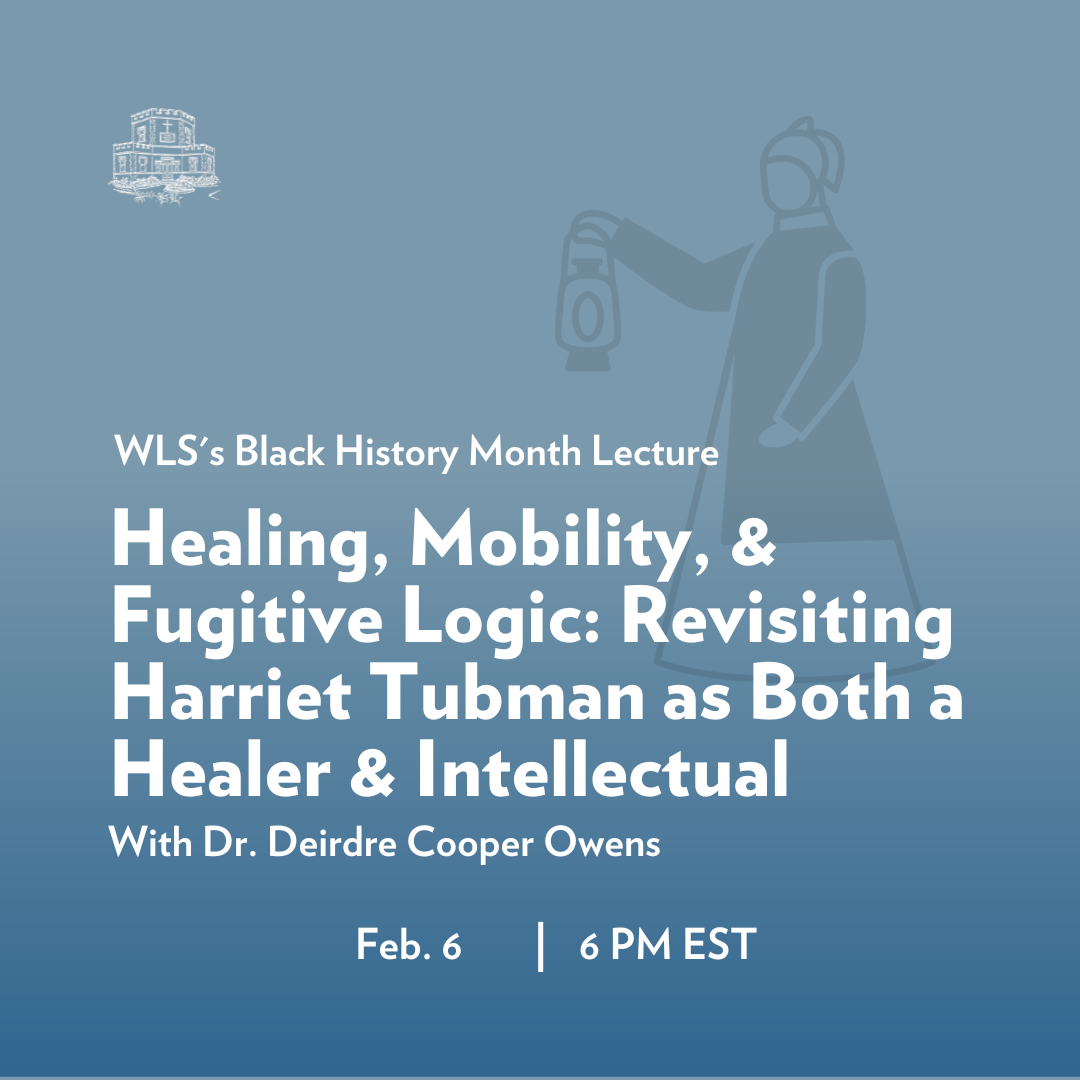 Building off the new emphasis on Black women’s intellectual history, Deirdre Cooper Owens probes Harriet Tubman's intellectual offerings via her community work via entrepreneurship, abolitionism, herbalism, and institution building. As a historian of medicine, Cooper Owens has documented the importance of Black women's healing practices to the development of American medicine. Herbalism is one of the foundations of their healing arts (and Harriet Tubman was skilled in this artform). In her presentation, Dr. Cooper Owens hopes to reveal Tubman as more than a courageous freedom fighter; but also, as a fierce intellectual figure. Join us to gain a new understanding of Harriet Tubman’s contributions to the black freedom struggle through her ideas and healing practices as a compliment to her abolitionist actions.

Deirdre Cooper Owens is the Linda and Charles Wilson Professor in the History of Medicine and Director of the Humanities in Medicine program at the University of Nebraska-Lincoln, one of two Black women in the nation who holds these positions. Dr. Cooper Owens also serves as Director of the Program in African American History at the Library Company of Philadelphia, the country’s oldest cultural institution. She is an Organization of American Historians’ (OAH) Distinguished Lecturer, a past American College of Obstetricians and Gynecologists Research Fellow and has won several prestigious honors and awards for her scholarly and advocacy work in history and reproductive and birthing justice. Most recently, the University of Virginia’s School of Nursing selected Dr. Cooper Owens as the 2022 Agnes Dillon Randolph Award Winner for her scholarship on the history of Black nurses and healers, their highest honor. A popular public speaker and writer, Dr. Cooper Owens has published articles, essays, book chapters, and op-eds on issues that concern African American historical experiences and reproductive justice. Her first book, Medical Bondage: Race, Gender and the Origins of American Gynecology won a Darlene Clark Hine Book Award from the Organization of American Historians as the best book written in African American women’s and gender history. It has recently been translated into Korean and will be translated into Brazilian Portuguese by Winter 2022. She is currently working on a popular biography of Harriet Tubman’s through the lens of disability and a monograph about the history of race, medical discovery, and the C-section.

The in-person event will be held at MUSC's Drug Discovery Auditorium. Light refreshments will be served.

The virtual event will take place on Zoom.

This event is co-sponsored by the MUSC Office of Humanities.